Good Smile Company have opened a 15th anniversary event, commemorating all of the wonderful support from their fans. Not only is this event being held in the Otaku Hub of Tokyo, Akihabara; it features the display of almost every single figure released by GSC (which is over 1000 items!). The event started today on the 20th August and will be running up until Sunday 4th September and best of all, entrance is free.

Good Smile have a Figure Exhibition featuring all their previously released figures and some prototypes; a 15th Anniversary Corner showing items that specifically relate to their anniversary; and a Sales Corner for purchasing the various goods and figures available at this amazing event.

Items such as the wonderful looking ‘Stars Bless You’ ver Sakura Kinomoto are on display and lovers of Nendoroids will be in heaven, able to admire all Nendoroids released and up for pre-order/prototyped.
For those who don’t have the luxury of going to the event themselves, AmiAmiBlog have been so kind as to take numerous photos for fans to admire.

And those who have the chance to go to Japan before the event is over, the access details are below! 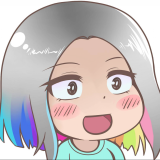